In our long history many people left the Jewish nation in unnatural ways which can be classified into two categories: those who were murdered or underwent forced conversion, and those who willingly assimilated among the goyim. The net result of the two categories is that our nation has dwindled numerically. Had we not been forced into exile because of our sins, we would probably be today more numerous than even the Chinese who are close to one and a half billion, far far from the 14 million estimated Jews of today. 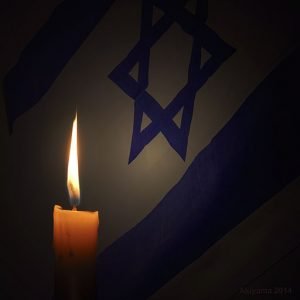 We have undergone enormous suffering at the hands of Christianity and Islam over the last 2000 years, with the epitome of our suffering during the 6 years of the European Shoah.

The Israeli Chief Rabbinate added to the already official fast day of the tenth of Tevet, the General Kaddish Day for those whose day of death in the Shoah is not known, and the 27th of Nissan which the government of Israel has proclaimed as the official day of mourning for the victims of the Shoah.

I as a survivor of the American Shoah wish to make a proposal to the large orthodox organizations in the galut like the RCA, OU and Young ISRAEL:

Since the time that Jews began converging on the shores of the United States towards the end of the 19th century, the number of Jews who left the holy nation of Israel is much higher than the number 6 million who were murdered in the Shoah. It is estimated that between 70 and 80 percent of non-orthodox marriages are mixed in the US today. In total had there not been assimilation and intermarriage the Jews of the US would number today in the tens of millions rather than the 5 million or so of whom half are non-Halachic thanks to the reform and conservative movements.

So, we olim from the US can consider ourselves survivors of the US Shoah.

My suggestion to the leaders of orthodox Jewry is to dedicate a day as Jewish Assimilation Shoah day. It would entail fasting and the addition of Tehillim after the regular tefillot, with shiurim by rabbis and calls to the assimilated to return to the holy fold of Yehadut.

And also calls to make aliya after 73 years of the Medina which is sufficient time to pack one’s bag.