When necessary, as in cases of halachic uncertainty, the Sanhedrin when sitting in its appointed chamber (Lishkat Hagazit) in the Bet Hamikdash, had the God-given authority to disclose through exegesis (critical interpretation of the Torah’s text) additional levels of halacha. Approximately forty years prior to the destruction of the second Bet Hamikdash, the Sanhedrin voluntarily diminished much of its authority by departing from its Temple chamber to an area outside the Temple Mount.

From that time, poskim in every generation were limited to adjudicating their decisions based on halachic precedents brought down in works such as the Rambam, Rabbeinu Asher and many more. Their decisions were not always unanimous, and this gave rise to the whole literary world of Halacha, continuing to this day.

The rapid development of science and technology often presents challenges to poskim of our generation for lack of precedents; so, the usual outcome of these halachic challenges is to rule in practice with the most severe opinion (chumra).

Who is the mother?

An example of this halachic dead-end is the matter of Gestational Surrogacy, also known as host or full surrogacy, when an embryo created by in-vitro fertilization (IVF) technology is implanted in the uterus of a surrogate carrier who will bring the baby to birth. Gestational surrogacy has several forms, and in each form, the resulting child is genetically unrelated to the surrogate.

An halachic problem appears when the egg donor is a Jewish woman and the surrogate a gentile, or the reverse. Upon birth the immediate question is the essence of the baby – a Jew or a gentile? Is the Jewish neshama transferred through the genetic egg or through the surrogate?

There are four decisions on this question posed by the leading halachic authorities of our time.

As previously stated, that in the absence of precedents, the halacha is that the child must undergo gi’yur (conversion). One ramification of conversion will be that if the baby is a girl, she will be prohibited from marrying a kohen.

In short: the problem is one of nature vs. nurture. The egg is nature, the womb of the surrogate is nurture because when the embryo will be in the surrogate’s womb it provides it with food and oxygen which determine its physical growth and many characteristics. Is this baby Ya’akov or Aisav?

Let’s extrapolate from the physical DNA of the woman’s egg vs. the overwhelming influence of the embryo’s environment, to the reality facing the modern orthodox Jew in the United States.

On the one side he or she is born to a Jewish mother; however, he or she is brought up in an overwhelming non-Jewish environment which provides the individual with cultural nourishment and oxygen of gentile values. An environment whose values do not include fear and love of HaShem. Whether they realize it or not, their orientation is to the values they receive from the goyim who in reality are the spiritual womb of the young Jew!

If I Forget Thee O Jerusalem…

Pride in being HaShem’s chosen people and being connected to the destiny of Am Yisrael, which above all is the return to our biblical homeland, is not a part of the American value system.

Two incidents to which I was a witness demonstrate my thought, both occurred when I visited New York in the 1990s.

I was invited to a wedding in an exclusive Manhattan hotel with all the usual trimmings that accompany a young Jewish couple on their initial steps of establishing a new Jewish home. The ceremony went well, as did the haute cuisine. I was eating in the fabulous dining room, when I suddenly noticed that there were very few men there. I left the dining room to find out where they had all gone. I entered the foyer and these men dressed in tuxedos sat transfixed to a football game and sitting among them was the holy chatan who left the love of life-wife with the other women, while he was absorbed “in the line of scrimmage”.

All the men there were born Jews, but they were culturally orientated with the values of their gentile surrounding, even a chatan who was under the holy chuppah just minutes before.

Incident two: Around that time, I was invited to be the guest of honor at the yearly dinner of the elementary school yeshiva that I had attended. It was a lavish affair held at the NY Hilton at five PM on Sunday. The food and ambience were impeccable. Aside from several friends who had kept up a relationship for many years, no one there knew me. But everyone paid a substantial sum to the yeshiva to see me and to see each other.

After the main dish, I was invited by the master of ceremonies to deliver the main address of the evening. There were hundreds of people present and it was a great opportunity to speak about the values I cherish.

The central theme of my speech was our sovereignty over Yerushalayim and the Temple Mount for the first time in over 2000 years, and its significance to our relationship with the Creator, who chose us as His intimate nation in both worlds.

At the close on my 45-minute address, I did something unusual. I asked the guests to join with me in singing

If I forget thee, O Jerusalem, let my right hand forget her cunning.

Immediately, one thousand or so people stood up, the house lights dimmed, and the orchestra began playing. This continued for about five minutes, during which time the guests stopped speaking about their new cars, renovated homes, and planned trips to Aruba for Pesach, etc., and everyone appeared to be deeply immersed in Yerushalayim. I said to myself, “Nachman, take a look! You did something immense on your visit here”. The song ended. The lights brightened, but there was a silence, a spell that no one wanted to break.

Then the MC announced, “Ladies and gentlemen I wish to make a very important announcement. “Our yeshiva’s basketball team just defeated Ramaz 47 to 39”. At that moment the magic spell dissolved, and the men clapped each other’s backs, and everyone returned to their mortgages and new cars. I recall thinking, “Nachman, what are you doing here? Go back to Eretz Yisrael where you belong”.

These incidents are merely the tip of a huge and quickly melting Jewish iceberg. Sports, pets, careers, vacations, multiple homes, the kiddish club on Shabbat with the expensive drinks are what seem important.

These are Jewish born men and women, but their gentile surroundings make them think like goyim and have shared values. This is not theory because I experienced it in the 24 years that I lived in the U.S.. And just as one cannot jump into a pool of water and remain dry, one cannot mix with the goyim and remain a pure Jew. 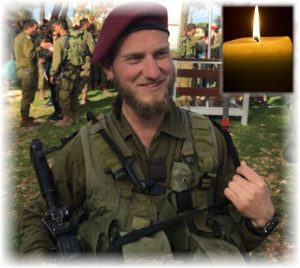 This dvar Torah is dedicated to the holy memory of Eliyahu David Kay, who was murdered on Sunday in the Old City while going to the Kotel, where he was a guide. Eli was born in South Africa. As a teenager he left his birthplace and family to fulfill his dream of living in Eretz Yisrael. He completed his army service in the paratrooper brigade. Eli was born a Jew. He overcame his non-Jewish surroundings and was murdered because of his dedication to the Jewish people. May his memory be for a blessing and a guide to the values that Jews have sanctified in life and in death.