The Future Redemption of Am Yisrael

Religious Zionists emphatically believe that after 2000 years of exile, Am Yisrael, with the grace and compassion of HaShem, has finally reached the era of our redemption, although one cannot determine the exact stage of the process. In contrast, there are observant Jews who emphatically claim that we are still in deep exile.

I recall a conversation with a prominent Chareidi individual who refused to discuss the Shoah, claiming that it was the hand of HaShem, and therefore not a subject for discussion. When we went on to discuss Medinat Yisrael he said that the Medina is an act of the satan (evil forces in HaShem’s world that seek to destroy all things holy). How demented can one be to claim that the Shoah was the act of HaShem while the Medina, which is now home to seven million Jews, is the act of the evil forces of creation?

The following are sources from our prophets regarding the future redemption of Am Yisrael, after our exile for our misconduct, that are coming to life before our very eyes:

The Lord will surely comfort Zion and will look with compassion on all her ruins;
He will make her deserts like Eden, her wastelands like the garden of the Lord.
Joy and gladness will be found in her, thanksgiving and the sound of singing.

11  In that day I will restore David’s fallen shelter. I will repair its broken walls and restore its ruins and will rebuild it as it used to be;
12  so that they may possess the remnant of Edom and all the nations that bear my name declares the Lord, who will do these things.
13  The days are coming, declares the Lord, when the reaper will be overtaken by the plowman and the planter by the one treading grapes. New wine will drip from the mountains and flow from all the hills.
14  and I will bring my people Israel back from exile. They will rebuild the ruined cities and live in them. They will plant vineyards and drink their wine; they will make gardens and eat their fruit.
15  I will plant Israel in their own land, never again to be uprooted from the land I have given them, says the Lord your God.

8  But you, mountains of Israel, will produce branches and fruit for my people Israel, for they will soon come home.
9  I am concerned for you and will look on you with favor; you will be plowed and sown,
10 and I will cause many people to live on you, all of Israel. The towns will be inhabited, and the ruins rebuilt.
11  I will increase the number of people and animals living on you, and they will be fruitful and become numerous. I will settle people on you as in the past and will make you prosper more than before. Then you will know that I am the Lord.

The Hand of HaShem in the Israeli Economy

The following are facts that prove that the hand of HaShem is present in all aspects of our holy Medina. (The data was supplied by Dr. Guy Bachar, Attorney, prominent political and Middle East analyst).

The British “Economist”, with a special eye on Israel’s economy, states that the forecast for Israel for this coming year has broken all records. Israel’s economy is better positioned for 2022, in comparison with the United States, the European Union, and Arab countries.

In this great economic year of 2021, Israel saw a formidable jump in its Gross Domestic Product from under $400 billion to $462 billion. The Economist now forecasts that Israel will reach the half-trillion level in 2022. This means no less than $51,120 per capita (the sum total of all goods produced in the year per person)!

The Economist underrates Israel’s performance. Last year, for instance, it predicted that Israel’s GDP per capita would rise by 2.5%, when it actually leaped by 7.1%! For 2022, the Economist foresees a jump of 4.2%, but it could even be higher.

Some 20 years ago, Israel’s GDP per capita was only about $15,000 which means that in the two decades since then, Israel’s economy has jumped 3.5-fold. In simple terms, Israel went from being a poor country to a rich one.

Israel’s economic strength is evident in the strength of the shekel, presently the strongest currency in the world. The reasons for Israel’s strong economic performance:

HI-TECH. Precisely during this Corona period, when the world has been largely in quarantine, Israel was able to export its much-needed and rapidly advancing hi-tech systems and products around the world. For instance, so far during 2021, 86 Israeli companies have been sold for a cumulative value of $10 billion, compared to 67 sales for $7.7 billion in 2019.

Tremendous sums of money stream in via Israeli issues on stock markets around the world. Israeli hi-tech companies raised some $11 billion in 2021 in 20 Wall Street issues, and a total of $40 billion altogether. Twenty-eight new “unicorns” (start-ups worth at least $1 billion) have been formed, second only to the United States. The high amounts of foreign currency streaming into Israel have enabled the shekel to retain its high level.

ALIYAH AND JEWISH INVESTMENT. Jews in the West have finally begun to absorb that they have no future there. The smart ones among them are already streaming in large amounts so that they can buy real estate here. For many of them, this is in preparation for their Aliyah, while others have already come home to Israel.

In recent years, it was French Aliyah that made the most news, but now we’re talking about high numbers of Jews from the U.S. and Britain who are selling their homes in order to buy new ones here. Real estate prices have been rising and will continue to do so; we have long been alerting our readers that real estate in Israel will continue to rise, and that as a general rule, no one has lost out by purchasing property in Israel.

GAS. Israel’s gas deposits have begun bringing in large sums to the national coffers and are enriching Israel. Israel is no longer “poor,” but is rather an energy-rich state whose wealth continues to grow. Israel sells gas to Egypt and Jordan, and just a few days ago a contract was signed further increasing the amounts purchased by Egypt. Soon the Leviathan gas field will join the Tamar gas field (both off Israel’s Mediterranean coastline), and Israeli royalties and income will grow even more. Israel’s international rating as an energy-producing country will increase our already high credit rating, meaning that we will pay lower interest rates on our loans. And it appears that there is yet more gas to be found off Israel’s shores!

WEAPONS AND TECHNOLOGY. Sales of Israeli military technology and weapons continue to break records, growing from $12 billion annually several years ago to close to $20 billion now. Everyone seems to want Israel’s top-quality, sophisticated, and battle-tested products. The sky’s the limit in this field because every country is either preparing for war or establishing an army, and Israel is a trusted, democratic, and admired seller even when prices rise. And thus, our enemies enrich us and further weaken themselves.

If we compare Israel with Europe’s three leading economies, Germany, Britain, and France, we see clearly how Israel’s position is constantly improving. We are ahead of France and England in terms of per capita productivity, with France holding at $46,170 and Britain at $50,590, and are nearing the German’s level of $53,200. Germany’s economic stats are worsening, and we should be able to pass it very soon.

The Arab countries around us are no longer relevant in terms of Israel, and their economic data continue to be in the gutter. The only one of them with a reasonable GDP per capita is Saudi Arabia, at $22,780, way less than half that of Israel. Lebanon’s economy has collapsed to only $4,560, while Jordan, Iraq and Egypt, though above $4,000, are still lower than that.

The day might very soon come when Israel will offer to purchase areas in northern Sinai from Egypt and tracts of land in southern Syria, and they will agree to sell.

The above deals with the financial wealth of the people in Eretz Yisrael; but our spiritual wealth far exceeds those statistics. We are developing into a nation whose majority are Torah conscious Jews, from Talmidei chachamin to the traditionally observant. The call to come home is spirituality, not based on financial benefits; but it certainly helps!

Israel will soon become the “Switzerland” of the Middle East financially linking Europe, Africa, and Asia. Goyim will be attracted here for their financial benefit, but they will also meet the spirituality of Am Yisrael.

Granted, there is yet much to be done before we reach the final geula. The land of Israel has to extend to include its minimal biblical boundaries; in the north and east the Euphrates River whose source is in today’s Turkey, running through Syria and Iraq and spilling out into the “Arabian Gulf”, and in the south and west the Nile River of Egypt. The two rivers encompass today’s Turkey, Syria, Iraq, Jordan, and the entire Sinai Peninsula. 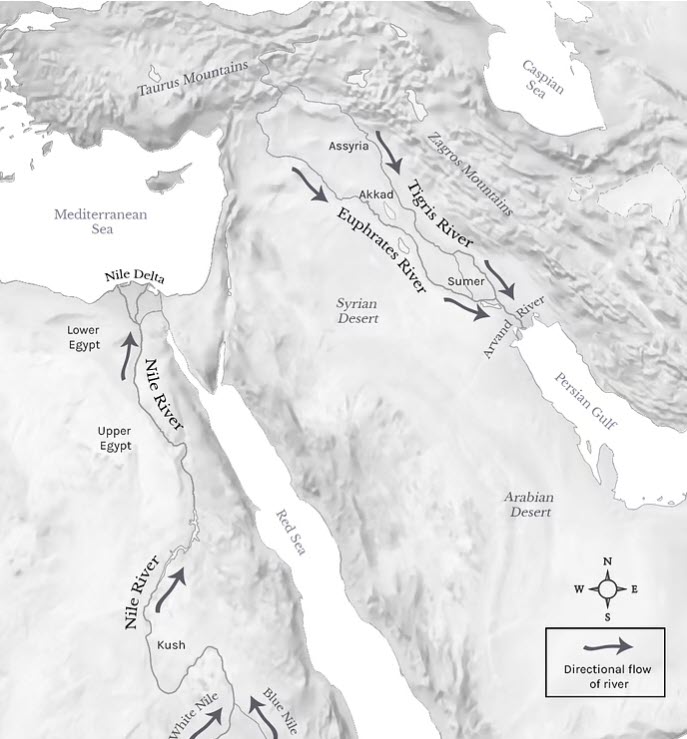 The biblical boundaries of the holy land are stated in several verses in the Torah, no less than the commands to observe Shabbat, fast on Yom Kippur, offer sacrifices in the Bet Hamikdash, and love your fellow Jew.

In conclusion: The above scenario might seem like a far-off daydream. But in fact, we today are far far closer to the third Bet Hamikdash and its ramifications than were the Jews of Dachau, Buchenwald, and Auschwitz in 1945 to Medinat Yisrael. And yet it happened!