Reb Yisrael, his wife and children left the warm comforts of their beautiful home and entered the sukkah with the knowledge that by taking up temporary residence therein, they would be absolved of any galut-related sins.

As the family continued to reside in the sukkah, they got so used to the pleasant smell of the sechach (branches used to roof the sukkah) and the pretty pictures on the walls and the overhanging decorations, that they decided to remain there after the chag!

Even though they were able to peer into their permanent home with its luxurious amenities, electrical gadgets, and state-of-the-art under-floor heating units, thick hanging drapes, lush carpets and much more, they showed no interest in returning there.

As odd as it may seem, the family became accustomed to the crowded, cold interior of the sukkah. Their relatives and neighbors tried to point out the irrationality of what they were doing, but the very idea that this was galut did little to encourage the family to return home.

Then came the stones thrown by the local anti-Semites who wanted to rid the neighborhood of “this sukkah eye-sore”, but Reb Yisrael and his family dodged them one by one and steadfastly remained in their fragile dwelling, rationalizing these acts as irrelevant nuisances.

Eventually the sukkah came crashing down, killing Reb Yisrael and his entire family in their beloved galut!

If you haven’t caught on by now, let me explain:

The beautiful palatial home is Eretz Yisrael; the sukkah represents all the countries to where the Jews were and are still in exile (galut). The “rabbi” who encouraged the family to remain in the sukkah represents the religious leaders who encourage their followers to remain in the galut, including those leaders who passively do not encourage Aliyah. The story ends with the destruction of the sukkah and the death of its residents. 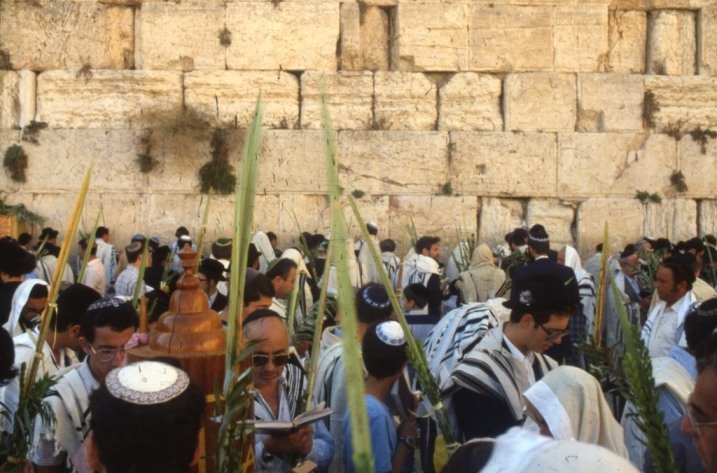 The Kotel in Jerusalem during Sukkot. 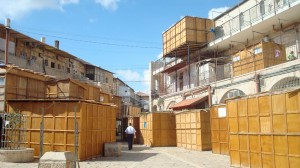