Flux, Confusion, War – where are we headed?

A: In a state of flux

In no way, shape or form can mortal man be compared to the Creator; we can only enumerate the infinite contrasts that exist between Creator and His creations.

Every material entity is in a perpetual state of flux. From the gigantic heavenly bodies to the smallest subatomic particles nothing is at total rest, for all are concurrently in total movement in all directions. The planets in our solar system rotate around the sun, while the sun itself is turning and twisting in our Milky Way galaxy as our galaxy itself turns and twists in the never-ending void of the universe, which itself is expanding in all directions. Whereas HaShem is at total rest; immutable, inflexible, unalterable.

The Haggadah states that, “HaShem alone brought us forth out of Egypt, not by an angel, not by a seraph, nor by a messenger, but the Holy One, Blessed is He, in His own glory and He alone”.

1- Contrary to our definition that HaShem is immutable, it appears from the Haggadah that HaShem was very active in the exodus of Am Yisrael from Egypt!

2- How could the masters of the Haggadah disregard the major role that Moshe Rabbeinu filled in all aspects of the exodus experience?

Moshe was indeed HaShem’s messenger, but only on the level of human activities and preparations necessary before, during and after the exodus.

Whereas the Haggadah is referring to a dimension far beyond that which exists on the human level. A dimension which predated even the moment of Creation when the notion of physical entity ex nihilo came about within the will of HaShem. It was the moment 974 “generations” prior to the moment of Creation which according to the Gemara (Shabbat 92b) HaShem brought the Torah into existence. In addition, HaShem waited another 26 generations from Adam to present the Torah to the Jewish nation at Mount Sinai.

After scrutinizing all the essential characteristics of races which comprised humanity, Hashem chose the descendants of Avraham and Sarah, Yitzchak and Rivka, Ya’akov and Rachel, Leah, Bilhah and Zilpah to be the only nation in the world which would be willing and capable of being the torch bearers of HaShem’s will in the material world. HaShem could have given the Torah to our forefathers but waited four hundred years for the formation of the “Nation of Israel,” because the Torah cannot be the possession of individuals but must be observed within the framework of a national entity, residing in its independent territorial area, within the framework of its unique and insular religious-national culture.

When the Haggadah states that HaShem alone was the driving force behind Am Yisrael’s exploding from subjugation into freedom and blossoming into nationhood, the intent was the appointment by HaShem of Am Yisrael as his infinite chosen nation which only HaShem could have done.

Human society becomes ever more complex as we advance in uncovering the secrets of the physical world. Confusion reigns in most aspects of our lives, and the question “what’s going to be?” is dominant in the discourse of intelligent people.

History is undergoing shifting relationships between nations and races, and the so-called absolute laws of human behavior are being re-written by the day.

As the west declines, the east is evolving into world dominance. America is losing its status of primary nation as the world’s leader in social justice and scientific advances. The hopes and aspirations of the European nations that there will be no more wars on that continent are being shattered on the killing fields of Ukraine.

So, the big question is where is HaShem taking the world?

The second chapter of the Book of Daniel relates that Daniel reminded Nebuchadnezzar II, king of Babylon, what he had dreamt and its interpretation.

The king saw a gigantic statue made of four metals: a head of gold, chest and arms of silver, belly and thighs of bronze, and legs of iron with feet partly of iron and partly of baked clay.

Then suddenly a stone “not cut by human hands” smashed into the statue. The gold, silver and bronze, the iron and clay, were shattered into pieces like chaff on a threshing floor in the summer. 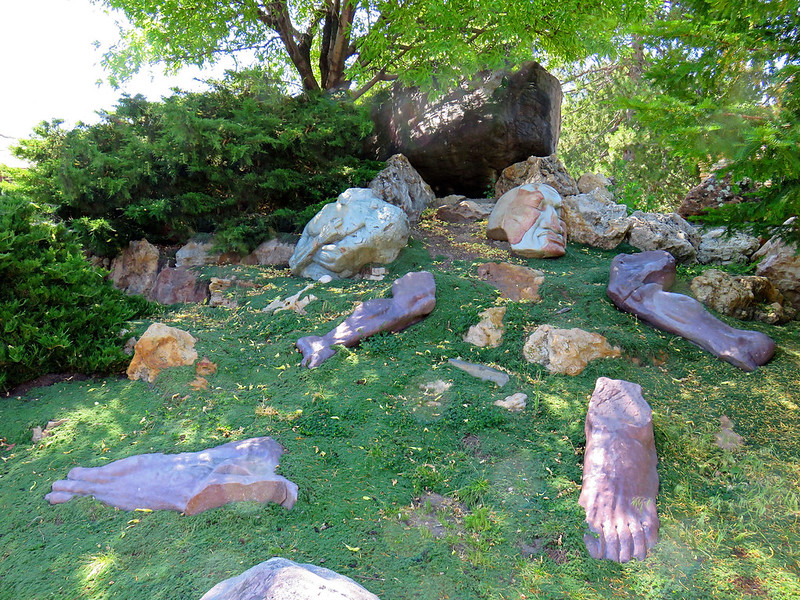 The wind swept them away without leaving a trace, but the rock that struck the statue became a huge mountain, filling the earth.

And Daniel explained: Your Majesty, you are the king of kings. The God of heaven has given you dominion and power and might and glory; in your hands He has placed all mankind and the beasts of the field and the birds in the sky. Wherever they live, he has made you ruler over them all. You are that head of gold.

After you, another kingdom will arise (Persia and Medes), inferior to yours. Next, a third kingdom, (Greece) of bronze, will rule over the whole earth. Finally, there will be a fourth kingdom, led by two superpowers of unequal strength (Rome: today’s US and Europe and Moslem states).

The smashing stone “cut out of a mountain, but not by human hands” denotes that the God of heaven will establish a kingdom that will never be destroyed and will endure forever – the Jewish nation.

C: The Era of Mashiach

Many sources quote the Amora Shmuel’s position regarding the world we live in today vis-à-vis the era of the Mashiach:

There will be no radical change in the natural world, but the Jewish nation in Eretz Yisrael will be free of foreign domination and intervention and regain independent control over our lives.

Rambam in his commentary to chapter 10 in tractate Sanhedrin agrees with Shmuel and says:

At the era of the Mashiach, Bnei Yisrael will return to Eretz Yisrael and re-establish the monarchy in Zion. The king will be a world leader, more illustrious than King Solomon. Many nations will sign peace treaties with the Jewish king and accept his leadership.

Hashem will deliver all our enemies into his hands. And there will be no radical change in the natural world except that the Jewish nation will be free of foreign intervention, and we shall regain control over our lives.

This is the process we are witnessing now. Medinat Yisrael is independent in name only. The majority of our important policies are dictated in Washington. The UN holds over us the threat of military, economic and social sanctions, if we take “one false step” in protecting ourselves. The European Union utilizes its historic anti-Semitism to limit our settlement of our historic-Biblical areas of Yehuda, Shomron and even Yerushalayim.

So HaShem ushers in the Russian invasion of Ukraine to bring down the international status of the United States and to exhibit the moral bankruptcy of the Europeans.

This process will continue until all of the nations who today influence Medinat Yisrael negatively will, like in dream of Nebuchadnezzar, be shattered. And then Am Yisrael like the mighty mountain that emerged from the stone will be the last major power in human history.