Moses answered, “We will go with our young and our old, with our sons and our daughters, and with our flocks and herds, because we are to celebrate a festival to HaShem.”

Jews have traditionally identified or defined themselves in accordance with the historical, political and religious realities of the time.

The twelve sons of one father, Yaakov, should have coalesced into one unified nation of Am Yisrael; however, because they were born to four different mothers, Rachel, Leah, Bilha and Zilpa, the twelve maintained tribal identities that continued for generations.

Tribal identity and loyalty was our cultural norm in Egypt, and was emphasized during the 40 years of our desert wandering when HaShem commanded that the Mishkan be placed in the center of the Israelite encampment with three tribes residing on each of its four sides: Yehuda, Yisachar and Zevulun to the east; Menashe, Ephraim and Binyamin to the west; Reuven Shimon, and Gad to the south; and Dan, Naftali and Asher to the north.

Tribal allegiance continued well into the Shoftim period, when Yehoshua and Elazer, the Kohen Gadol, apportioned the geographical regions of the land according to tribal heritage.

The feeling of nationhood above and beyond tribal allegiance began with the first king of Israel, Shaul ben Kish, and was enforced by his successors King David and King Shlomo.

During Shlomo’s son Rechavam’s reign, the kingdom divided into two, with the north called Yisrael and the south Yehuda. At that time a Jew’s loyalty was defined by one’s residence in either Yisrael or Yehuda, while tribal allegiance faded into the background. The northern tribes were sent into exile by the Assyrians, not to be seen until this day.

When we went into exile at the destruction of the first Temple, we became identified as Jews of Bavel as distinguished from Jews of Eretz Yisrael, with both communities zealously maintaining their distinctive ways of life. 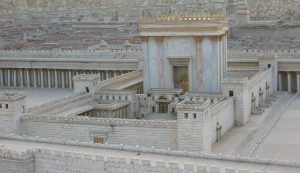 During the second Temple period tribal allegiance was already a thing of the past and we were Judeans or perhaps Hebrews.

When we were driven into galut, our nation’s cleavage was based on where we lived. Jews in Moslem-controlled countries were called Sefardim or eastern communities, as apart from the Jews in Christian Europe who were loosely called Ashkenazim. But in fact, the real breakdown was not geographic, but rather the halachic authority in the respective communities. Jews who followed the decisions of Maran Harav Yosef Karo, author of the Shulchan Aruch, are Sephardim; and those who accepted the rulings of Harav Moshe Isserless are Ashkenazim.

This breakdown exists to this day, but not in a major role. Today the major cleavage between Jews, is the Jews of Eretz Yisrael as apart from those who reside in the galut. And as time goes on, our differences will become more pronounced.

We in Eretz Yisrael, even the most secular, speak the language of the Torah – Ivrit. The day to day language of choice of the Jews in chutz la’aretz – even by the most renowned rabbis and roshei yeshiva is the native language of the country in which they reside, the language of the goyim, with all its gentile associations that language brings with it. The holidays of the Torah are our national holidays for all. Those in the galut enjoy the serenity of Sunday, eat turkey on Thanksgiving, and are enthused by the “holiday spirit” of Christmas with its ubiquitous symbols of tree and holly.

We walk on the land of princes and prophets; they tread on the tuma of “eretz ha’amim” – gentile lands.

As time goes on, the adherents to the non-orthodox movements in the galut will vanish into oblivion. The Chareidi elements will not identify with any Jew who is not like them and at some point, will decide that they are the only authentic Jews in the world. They will metamorphosize into some strange minority that doesn’t fit anywhere. The modern orthodox will either come on aliya, merge with the Chareidi groups or inter-marry.

At that point when there will no longer be galut Jews, and as the process of intermarriage between the Ashkenazi and Sephardi here will be dominant, we will once again become the one nation of Am Yisrael as we were when receiving the Torah at Mount Sinai.

The Gemara (Brachot 6a) states:

One nation under one God, with one land, one language, one Torah, one king, one Bet Hamikdash, one Sanhedrin, and one single purpose – to sanctify HaShem’s name in this world.

The Torah states that the number of Jewish men between the ages of 20 and 60 who left Egypt totaled 600,000, in addition to countless women and children. The Yalkut Shimoni (Midrash interpretations and explanations on Torah) quotes one opinion that this number represents only 1 out of every 5 Jewish men, that is 3,000,000, meaning that 20% left and 80% remained.

What happened to those who did not want to leave?

The Yalkut says that they died and were buried during the plague of darkness. Imagine, in addition to having to prepare for the exodus and the korban Pesach and the mitzva of brit mila in the last week of our being in Egypt, our ancestors were busy burying their dead relatives!

Now who were those who didn’t want to leave, and why not?

I picture the following scenario:

Moshe tells the leaders that shortly the nation will be free. This arouses a thundering cry of joy and praise for Hashem and His dedicated messengers, Moshe and Aharon, who are then hoisted upon the shoulders of dancing people, as we do at weddings.

“We will now be able to practice the traditions of our forefathers, Avraham, Yitzchak, and Yaakov, as free men. The Egyptians are now our subjects. We rule the land. We will turn the great temple of Luxor into the kollel of Lakewood, the temples of Pitom and Ramses into the Young Israels of Teaneck and Boca. We will produce great talmidei chachamim (scholars). Great houses of learning.”

Moshe descends from the shoulders of the people, and after calling for quiet, he tells them that Hashem’s plan is a bit different. “Hashem is sending us into the desert,” Moshe says. The people then ask, “Why the desert? There’s no food there, as well as no water to wash before bread or to fill a mikveh! Moshe you’re not reading Hashem properly; He will certainly derive greater nachat from us if we stay here and build Torah in Goshen and Alexandria!”

Moshe denies that he is mistaken, and is adamant that Hashem wants the Jews to leave Egypt and go into the wilderness.

“Okay, we will go into the desert, and after that what?”

“Go out into the desert. Make war on seven mighty nations. And all this by people broken in body and spirit by the servitude. Moshe if you want to do this insane thing, be our guest. We are staying here with the rational and responsible Jewish leadership”. And the people began questioning Moshe’s qualifications of leadership. Moshe is a leader for blood, frogs, and lice etc., but he doesn’t have an inkling as to nation building, for this we have to look elsewhere. Perhaps we should turn to the great and learned Korach or maybe to Datan or Aviram!”

Moshe pleads with the people, trying to convince them that Hashem does not have a sense of humor. He is very earnest, and as patient as He is, He punishes those who would interfere with the master plan of the world.

But the vast majority are adamant on creating a Jewish nation in Egypt which already has the infrastructure for a calm and serene life so necessary for Torah growth.

We and our children, and our children’s children are, dear reader, the descendants of the irrational and fanatical extremists who put faith in HaShem before logic. Comparable to the Jews who came to Eretz Yisrael in modern times, some of whom established yeshivot while others drained out malarial swamps, but all of whom left the comforts of “home” in order to be irrational and begin returning to the land of our fathers.